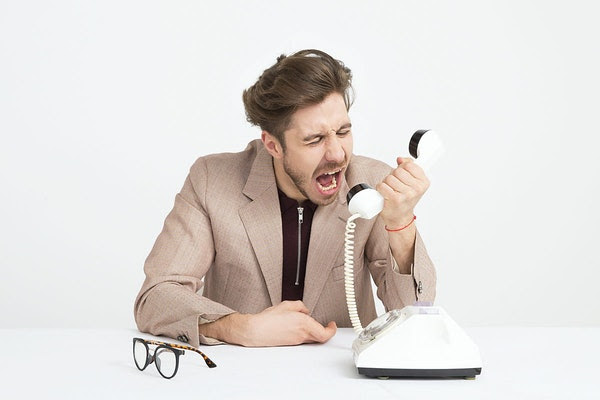 In March last year when the pandemic hit it was quite understandable that service levels would fall while businesses re-adjusted and managed to establish teams working from remote locations. Naturally wait times may be longer, processes a little unclear and general sharpness of business becomes a little blurred. In fact, three quarters of customers expected it.

However, many major brands are still using Covid as their reasons for service not being what it was.  Can this be justified when their income may well be the same or, in some cases, even higher than pre-pandemic?

Let’s take Sky. Subscriptions would have only gone up, production costs down and, yet, you try speaking to one of their team…without screaming at the phone. You are hit with wave after wave of automated messaging directing you to the website. Their webchat is not much better and finding the answer to a question on their website is agony in itself.

Why are we so forgiving? I still pay my subscription.

All of the evidence, from our own feedback and measurement, indicates that the three biggest customer frustrations have been:

1. Poor response times, both over the phone and via digital channels
2. Unavailability of stock
3. Delays to delivery times

Let’s take each point in turn…

In a poll of 2,000 consumers by Consumer Intelligence it was revealed that broadband providers are delivering the worst in response times:

In an attempt to shorten the response time, customers are pushed to the website, which many find patronising.

Poor response times with pickups have also been common. Ikea delivered a bed to a customer that showed up damaged. When the customer contacted IKEA for a refund they were told that due to Covid IKEA would not be able to pick it up for one month. They would also not be able to provide a refund for that customer until the bed had been collected. So they were quick to deliver and take the money but slow at handing it back.

Another example was Currys. In June, a Customer ordered and paid for a new fridge. After paying, Currys then called to tell the customer that the fridge would not be in stock until September. The customer could not wait this long and so asked for the order to be cancelled. Currys agreed but a refund still had not come through a few weeks later.

The customer tried calling Currys several times but could not get through, waiting more than 40 minutes on hold on several occasions. The customer then tried emailing but received an auto-response stating that Currys are not accepting emails due to Covid.

Such examples are easy to find but surely now firms need to:

Change the messaging. If they have not sorted out their customer journey maps over 12 months then do they deserve loyalty?  Just be honest, as the Covid excuse is wearing a little thin.

Respect the fact some customers may want to talk. Loyalty is created through relationships, not necessarily “clicks in a jungle”; or in other words, being sent to the corporate website. Unless of course you make it so very simple and user friendly.  The continual cutting of people out of a business diminishes their USP and with terrific remote technology that is very affordable and a lot of people looking for work, I would have thought the two could make some big brands flourish again.

Take a leaf out of the books of those that do it well. Amazon’s ease of use is astonishing. Two clicks and it’s being delivered. Now I am sure they have had issues too, but if that is now the norm (and judging by their share price it probably is) that’s the benchmark all firms need to aspire to. Jeff Bezos was speaking about astonishing customer service 25 years ago. The key is to make it seamless and with as little effort as possible on the part of the customer.

Gather better feedback data that really reflects the experience. As customers, we only ever get asked how our experience was after the transaction has finished. Of course, in the majority of cases, the customer has had any issue they had resolved. But what about the customers who can’t get through, or can’t find what they want on the website or are on hold for hours? How are firms focussing on how those customers might feel? How are they going to reward them for their time and patience? More importantly, how are they then communicating back when messages are left?

As we move out of our current state let us see which major brands move with the times and offer a very different experience, rather than leaning on the excuses of the past.

If you need some help, we are here for you. Please contact us here for a discussion with your local Customer Experience Specialist.